Scotland is a one of the most attractive and visited countries in the world. It is a part of the United Kingdom and it lies in the northern part of Great Britain, occupying almost one-third of the island. The southern border is shared with England. Its northern, western and eastern parts are washed by the Atlantic Ocean and the North Sea.

Scotland is known for its exquisite liquor and breathtaking landscapes. The highest mountain in the British Isles, Ben Nevis, is situated there. It is located in Scottish Highlands. A famous British poet and lyricist Robert Burns wrote many poems and songs about these highlands.

However, Scotland is associated not only with mountainous areas, but with bagpipes, kilts, haggis, Loch Ness monster, historic architecture and cobblestone streets of its capital city Edinburgh. Perhaps, the best time to visit this country is the last day of the year, during Scottish New Year, called Hogmanay. It’s a public holiday with major all-night celebrations, which are among the largest in the world.

The largest and most visited cities in the country are Edinburgh and Glasgow. While Edinburgh is the historical, cultural and educational heart of Scotland, Glasgow is its financial and industrial center. Other major and attractive cities are Aberdeen, Dundee, Inverness, Livingstone, Perth.

Scottish flag is known as St. Andrew’s Cross. It’s a white cross on a blue background. According to the legend St. Andrew was the patron saint of Scotland, who was crucified on the similar cross.

Having so many rivers, lakes, highlands and green areas, this country is believed to have one of most beautiful sceneries in the world. 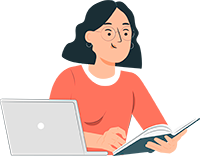